This story has been written by Helen Discombe

Where to start with this story?  I had planned to start at the birth, but I feel I need to reach back before then.

There was a time where I thought I would never be a mother.  I feared birth.  I feared hospitals and doctors and nurses.  I feared pain.  I feared needles.  It all sounded like something I could simply never put myself though.  A friend told me about Hypnobirthing and it felt like a light at the end.  I yearned for a child, but the birth bit…. ah, no.

Before Louis there was a very early miscarriage.  I’ve heard it described as a chemical pregnancy since.  I don’t like that term.  It may be the reality of what happened, but for my mind…. it was a pregnancy that ended too soon.  It wasn’t until 6 months later we are ready to try again.

My pregnancy with Louis was a bit of a rollercoaster.  I booked Hypnobirthing as soon as I’d had my 12 week scan (the enquiry made when I was 8 weeks).  I was on edge at the thought of losing him.  A friend who was also pregnant (she was a week ahead of me) lost her baby at 22 weeks.  I cried for her and her baby.  I felt fear for my own baby.  I felt guilty.  Hypnobirthing was like the calm in the middle of it all.  I learned to have faith in my baby and my body.  I learned how to keep calm, to ride the waves of labour and…..  I was SO looking forward to my home birth.  I live in the country and I dreamed of my birth pool in the dining room and the doors opened onto the night-time countryside as I birthed, listening to the sounds of nature.

Long story short, I had a hospital birth started by an emergency induction as Louis was poorly.  I went straight onto the syntocin drip.  I rode the waves as long as I could before I broke down and asked for an epidural I didn’t really want.  Once epidural was in we discovered my cervix was over 9cm dilated.  Louis started to get really stressed.  We ended up in theatre for a forceps birth with the paperwork completed for cesarean birth if needed.

From the beginning I felt out of control.  No one listened to me.  I was told my baby might die if I din’t comply.  I felt disconnected, unattached and as though my existence was merely as a vessel for my child.

Hypnobirthing saved us many ways.  I felt calm through out.  I was affected in other ways, but I felt calm and dug deep to go within to my baby.

Louis was taken straight to NICU after her was born.  He was showed to me and whisked away.  I didn’t get to meet him until he was 12 hours old.

After Louis’ birth I didn’t love him.  It took me so long to admit that, but I didn’t.  I was determined to though.  I threw myself into breastfeeding and bonding.  Skin to skin was the order of the day.

Over time I had various treatments to recover from Louis’ birth.  I had CBT initially after a diagnosis of PND following a traumatic birth.  That reframed things.  I no longer hated and blamed myself.  I hated and blamed those responsible for my “care”.  When I trained as a Hypnobirthing Practitioner I hit many triggers and so I went to see a Psychotherapist specialising in Birth Trauma.  We used rewind and also holistic releasing and I felt neutral about his birth.

I’ve recently trained as a doula and I’ve had to write about Louis’ birth a few times.  It was no longer as though it happened to me.  The first time I wrote the whole story as part of my preparation (the above is a much shorter version) I cried.  I’d never been able to write the story before.  I couldn’t think about it.  And then it felt irrelevant.  I cried though because what I wrote and read back was so incredibly sad.  It’s hard to explain, but it was like I was reading someone else’s story.  It was, to me, just another of those awful stories we sometimes read about as birth workers.  It wasn’t me.  I kept thinking “that poor woman”.

I’d heard so much about closing the bones and I really felt it was something I wanted to add to my business to honour the women I serve.  I’ve heard bits about it, but I chose not to look too much into it before going on my training as I wanted to be open minded to everything.

After I did the course I wrote a blog.  You can read it here.

I decided after the course that I wanted to have my own bones closed before working with anyone else.  And so I did.  A few weeks ago I went.  I decided I didn’t want to have my bones closed at home.  I’m not sure why.  I travelled to another person offering this.  I went into her beautiful space and….

I arrived at around 11:30 and the woman I worked with made tea and took me to the space where we were going to work.  We started by talking about my birth and drinking tea and chatting about lots really.  And then, there was a series of parts that happened next.  A cleansing of my feet.  A guided meditation.  Closing my Bones.  Reiki.  I felt my third eye open.  I felt Louis with me at times.  I felt my spirit guides with me.  It was… beautiful.  I walked away feeling seen, feeling nourished, feeling loved.  Something I’d not previously felt in birth.

That evening I read Louis’ bedtime story.  I chose a book that I think is beautiful, but I rarely read it.  It’s called “On the Night You Were Born” and I rarely read it as I’ve never been able to connect with the triumphant joy described at the end of the book.  And, that night I cried.  I felt it.  Ah, brings tears to my eyes to think of that moment.  The first time I felt joy at Louis’ birth!

That evening I got my journal out.  And, it was just all so beautiful!  So much had changed in my mind.  I just can’t even believe…  even now how powerful that sessions was for me.  I wrote about how I was a Goddess in labour.  How I went within my body to reach up and then go to the starts to get him.  How I didn’t fight because I used my Devine Energies to hold Louis.  To keep a calm space for him.  To keep love and security as the two constants that he was aware of as all around us was going to shit.  I didn’t fail him or let him down (well, I had got past that a long time ago), but I no longer felt I had been passive.  I felt I had been fucking awesome!  And even now I laugh thinking that.  And I was!  And I don’t think I can ever find the words to fully describe it all….

The Universe is crazy, that morning I had finished my journal.  As in ran out of pages.  I opened a new journal to write about CTB.  I’ve not just begun a new chapter.  It’s a whole new book.  How amazing is that!?!

And so… I am ready to share this gift.  Not only with mothers, but with all women.  I believe Closing the Bones is about returning our energy to our core.  About healing the female energy, no matter the reason for our pain. 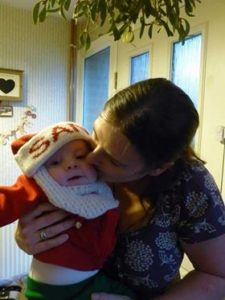 There has been a shift in my relationship with Louis.  I’ve always felt a deep connection with him.  Well, from the moment I fell in love with him.  He has eyes that see right into my soul and mine do his too.  But there’s a new element to it.  I can’t explain it.  I don’t want to though, it’s beautifully perfect as it is.

I walked this path for a reason.  I know I did.  I travelled this path to bring me to the work that I do.

Thank you for reading.

Scroll To Top
This site uses cookies: Find out more.